After more than 5 years as the CTO of Curai, the healthcare startup I co-founded, I am taking a step back and transitioning to an advisory role while remaining on the board of directors. A few days back I let my colleagues know that I will be moving on from my full time day-to-day role at the company, and moving on to my next professional chapter.

As someone who is almost 50 years old and has moved across oceans a couple of times for work, this is obviously not my first transition. However, after spending more than five years building something wonderful from scratch, this one is particularly heartfelt.

I must have told the story of why I started Curai hundreds of times since that is something that I have been asked by most candidates I have interviewed. It might be good to write it here “for the record”:

I got connected to my co-founder and now CEO Neal through his dad, who I had met a couple of times before. Neal told me about a vague idea of using AI to make healthcare very accessible and high quality for everyone, at a fraction of the cost of what was possible without technology. I immediately thought that was a great mission. The mission was the first thing that attracted me, and it still does today. Could we use technology (and particularly AI) to help millions of people get the care they needed, when they needed it? Besides the mission, the challenge itself also attracted me. I love challenges. However, I also love to address challenges that I think I have a reasonable answer for, and that took some time for me to figure out. The AI component was there: even six years ago it was easy to see that AI was not only progressing very quickly, but that the rate of innovation was accelerating exponentially. I was convinced (and I still am) that AI will revolutionize healthcare completely. A bigger concern for me was the data: where would we get data from to bootstrap our algorithms? Over months of conversations with Neal, I realized that we could get access to very unique partnerships to “cold-start the system”. We were able to get exclusive access to knowledge bases from Massachusetts General Hospital and Vanderbilt University, and we also partnered with institutions like Stanford Healthcare to access their Electronic Health Records. When all those pieces fell together, I realized this was a once in a lifetime opportunity: an amazing mission, a big challenge, and a big opportunity. If I ever was to start a company, it had to be Curai. 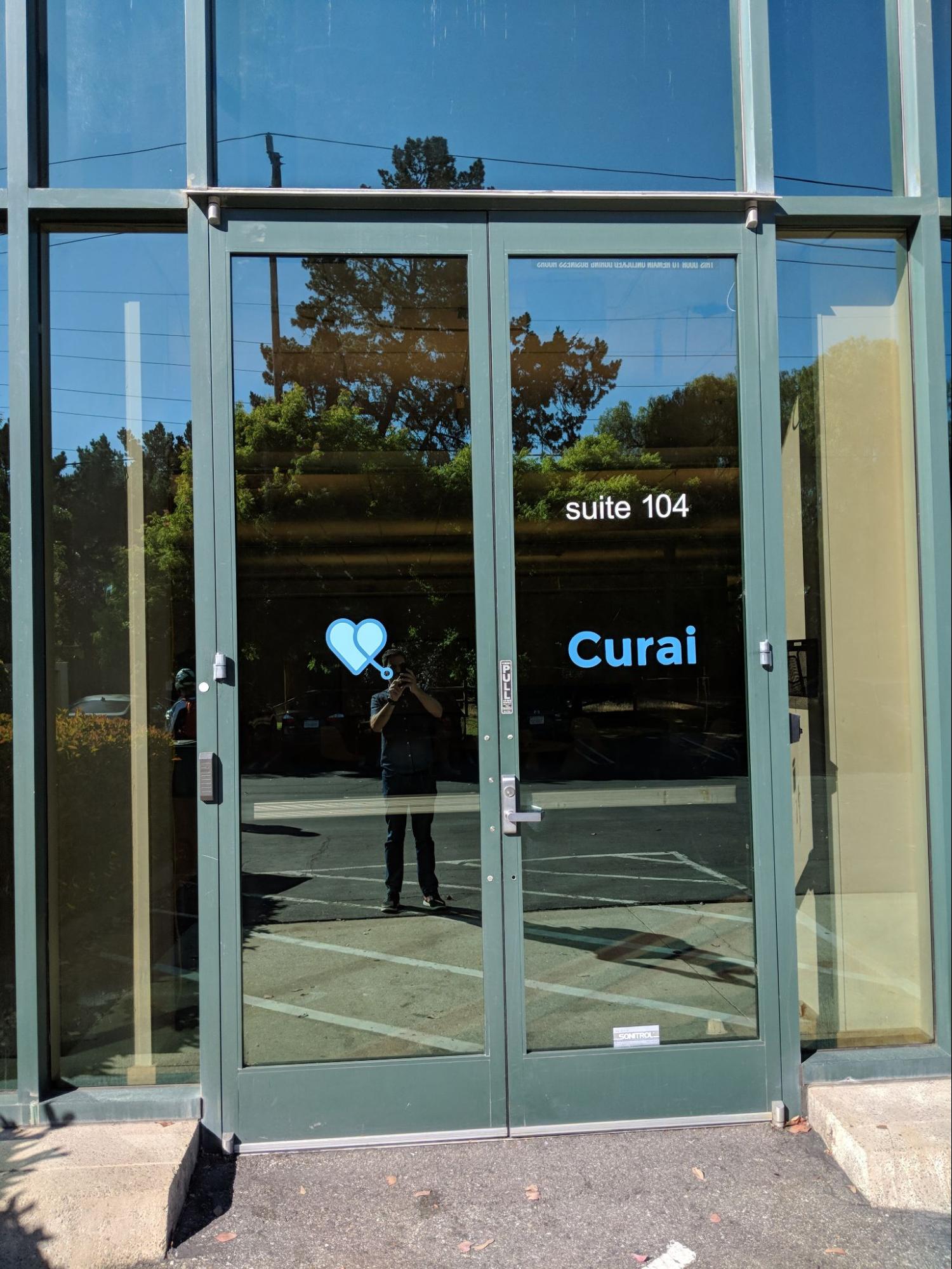 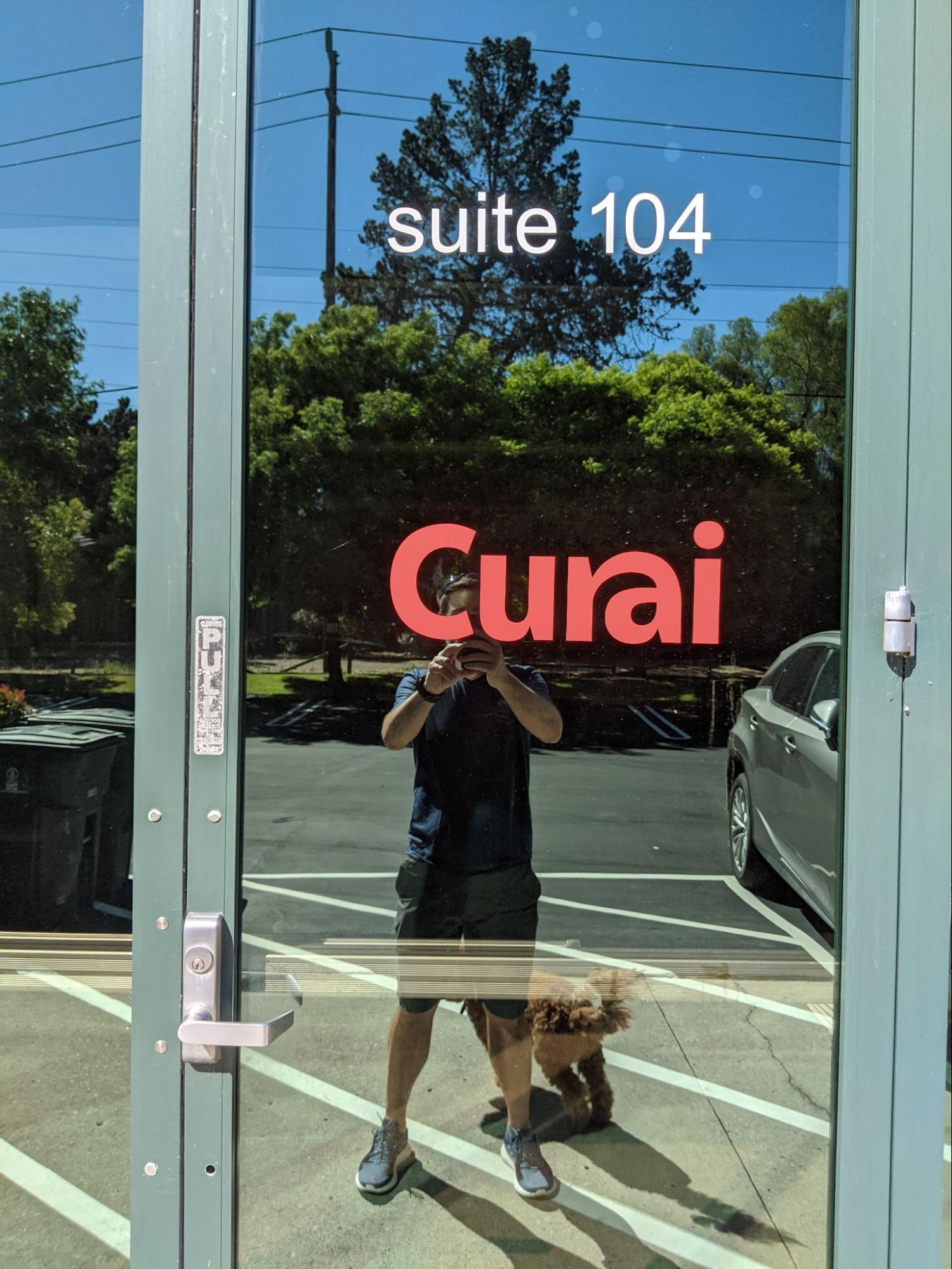 We started in a temporary office space where we brought in our first engineer (Viggy) and we started doing what startups do: writing some throwaway code (particularly mine), and hiring some more people onto the team. We soon added Anitha, who now leads our AI/ML efforts, straight from Facebook AI Research, and Geoff, an amazing doctor and software engineer who leads our Clinical Innovation and Informatics efforts and still practices at Stanford. Curai was born! (To be historically accurate, Curai was not our name at that time, but I will spare you from the original name… insert blushing face emoji here).

We have accomplished so many things since then! Many of those things were not in our initial roadmap for sure. We were not thinking about developing an entire end-to-end health system that is operational nationwide. We did not plan to hire an amazing care team of licensed physicians and other team members distributed across different continents. We were not thinking that we would ever acquire another startup! Or that we would build our own provider operating system from scratch. All of that has been possible thanks to many incredible team members and a lot of grinding along the way. 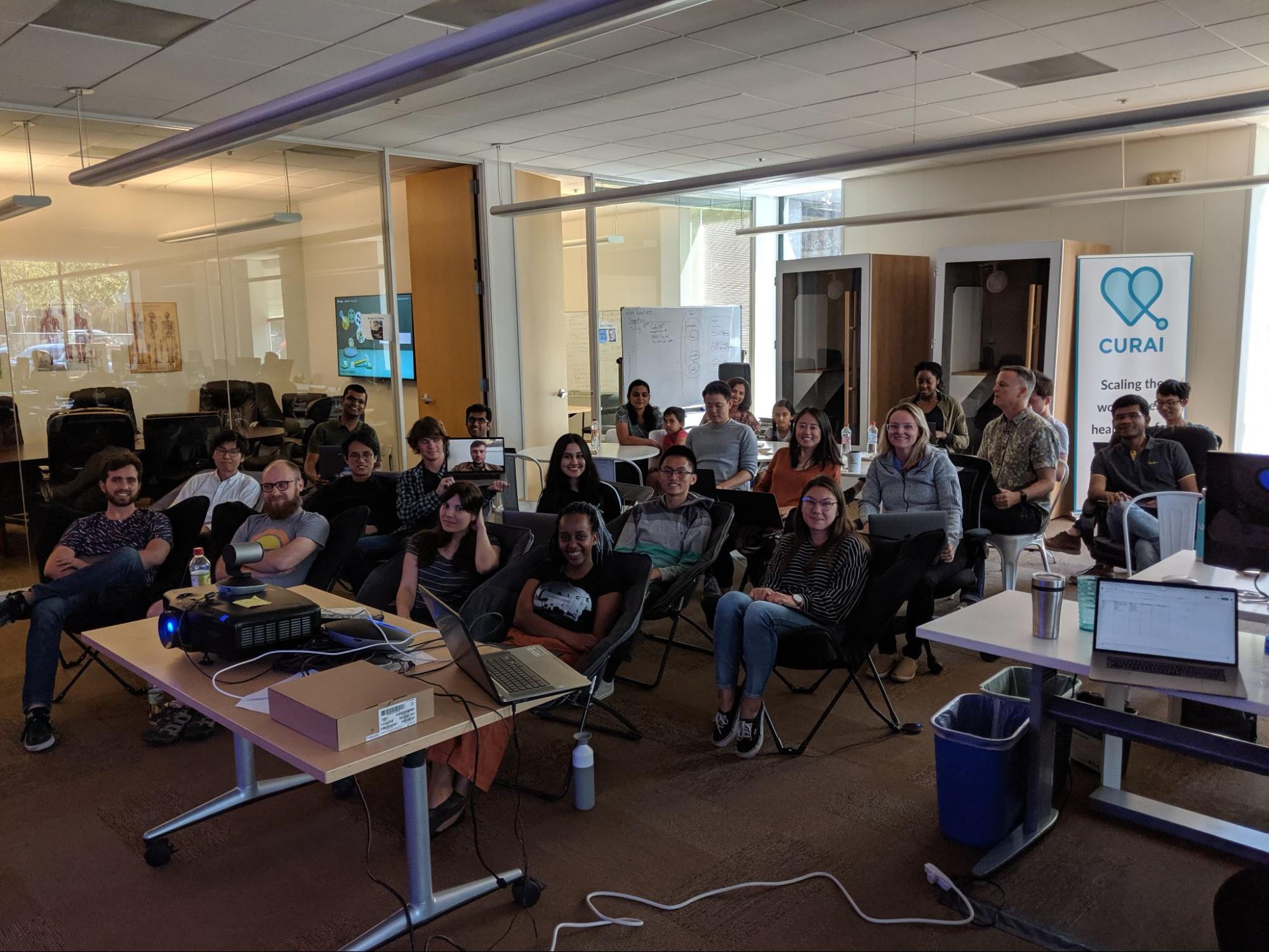 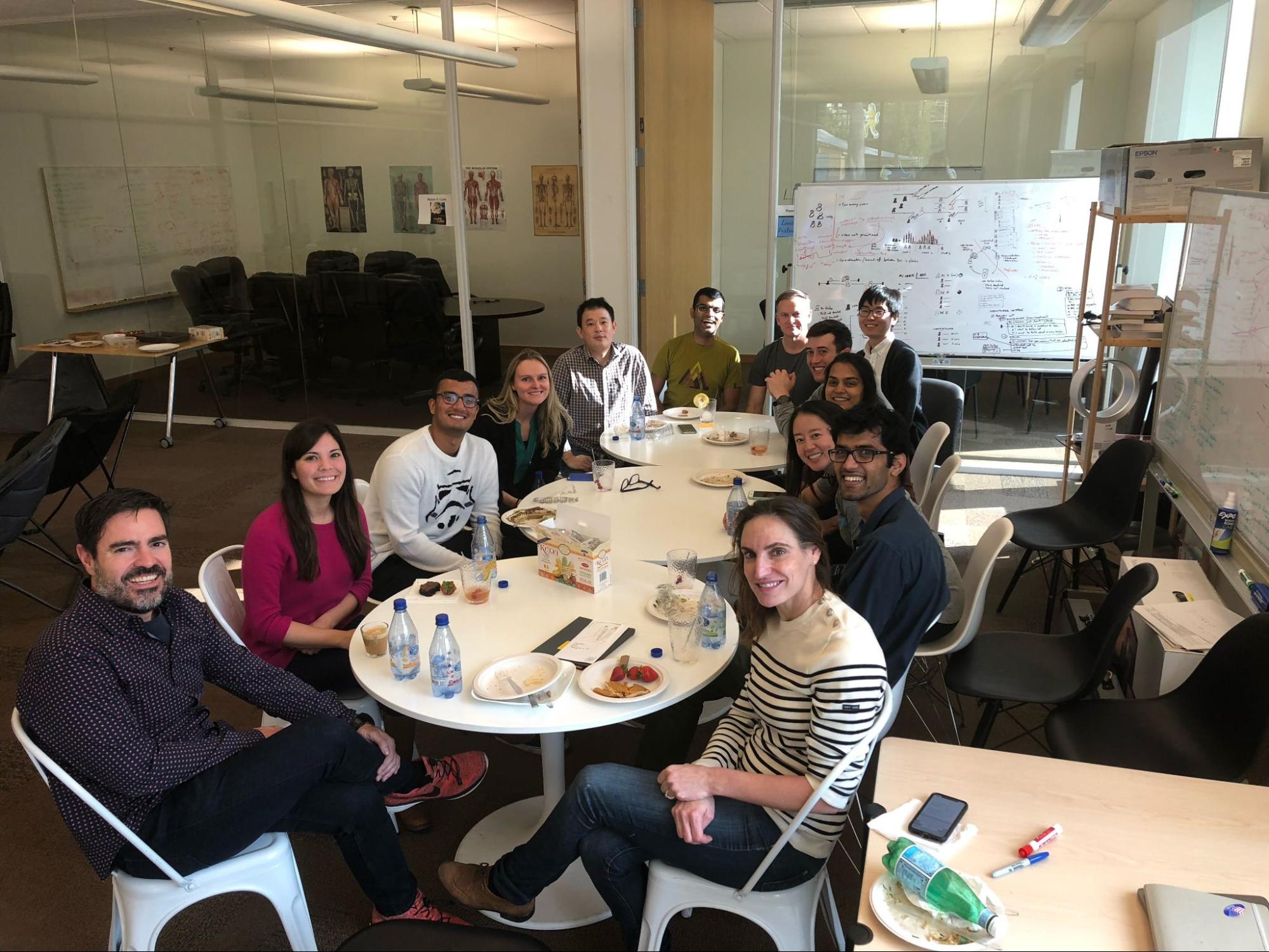 At this point, I am proud and confident to say that our tech is not only state-of-the-art but also way ahead of anyone else working in this space. How do I know? Well, we hear that every time we show our service and demos to people with deep knowledge of the health tech industry. Even Dr. Bob Wachter, author of The Digital Doctor and member of our medical advisory board, said in a recent meeting: “It’s really impressive. The tool that you showed us is really cool. I haven’t seen anything nearly that good in the virtual primary care, app-based care space.” That was a highlight of my time at Curai, not only for the small role I played in putting the tech together but also because I was the one putting together our amazing medical advisory board and convincing Dr. Wachter to join. 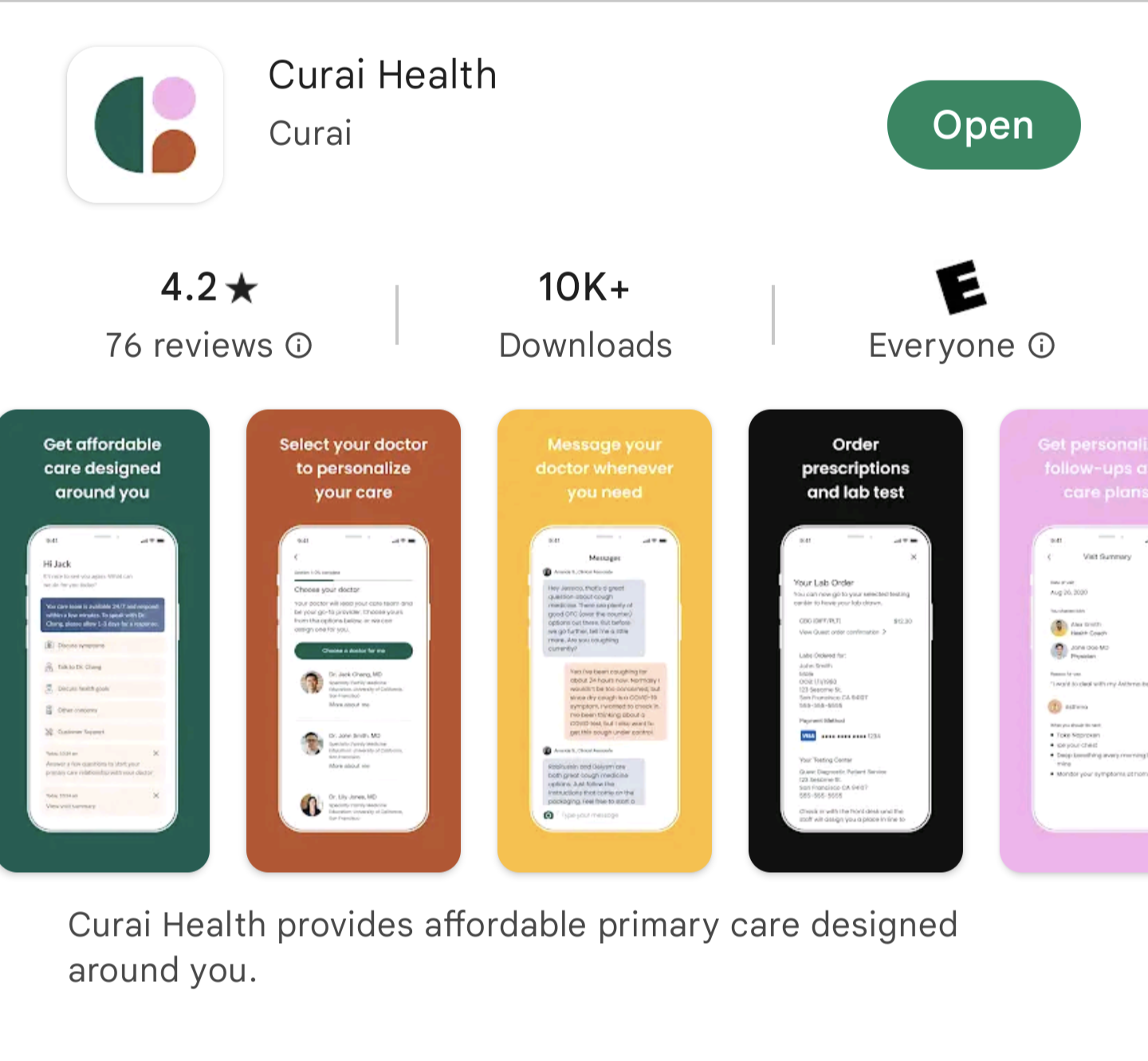 It is hard to pick just a few technical milestones to highlight here, but one that definitely makes the list would be the moment when we surpassed typical human primary care physician diagnosis accuracy on a public dataset. We have also deployed a few of those algorithms into production, such as our “next question” algorithm that suggests optimal questions to ask to a patient given what we know about them in their history and current encounter. This algorithm does not only “suggest” questions to the providers, but also directly steps in to point out whenever conditions are met. Finally, it is also worth mentioning that our research playground is even more impressive than the technology that we have rolled out into the product. Our prototype is an end-to-end AI driven medical solution that drives the entire patient workflow from history gathering to prescription recommendations. We expect everything that is in this prototype to make it to the product in the next few quarters. It has been highly rewarding to watch the future of personalized AI medicine develop before my eyes. 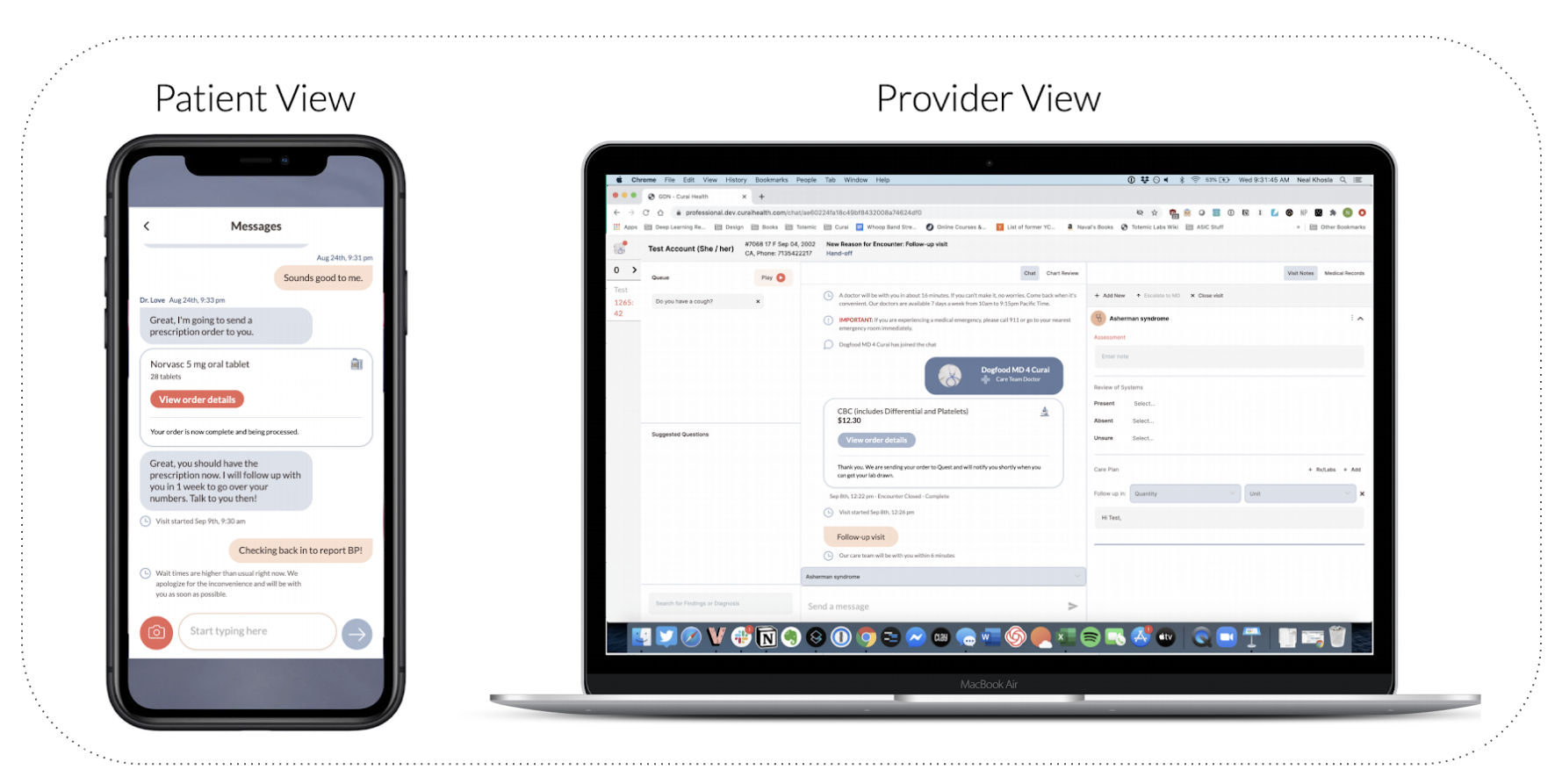 Something that was on our original roadmap, and that has driven many of the features I mentioned, is our research into state of the art medical AI. I started my career as a researcher after my Ph.D., and I view using research and publications as an effective way to inject an open innovation culture and attract talent. I am very happy that since 2017 we have published more than a dozen peer-reviewed papers in areas such as medical diagnosis algorithms, NLP, and medical image classification. 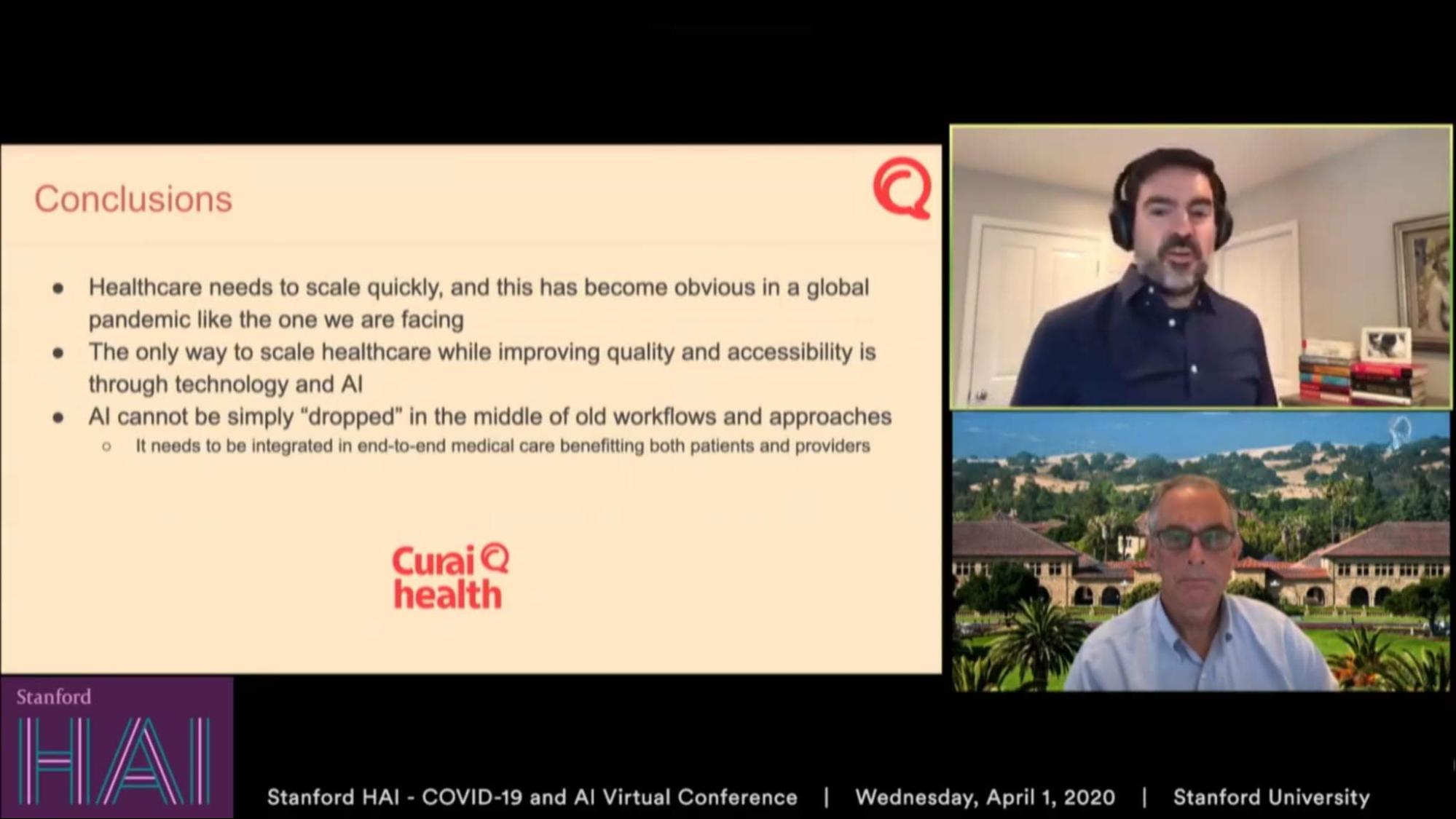 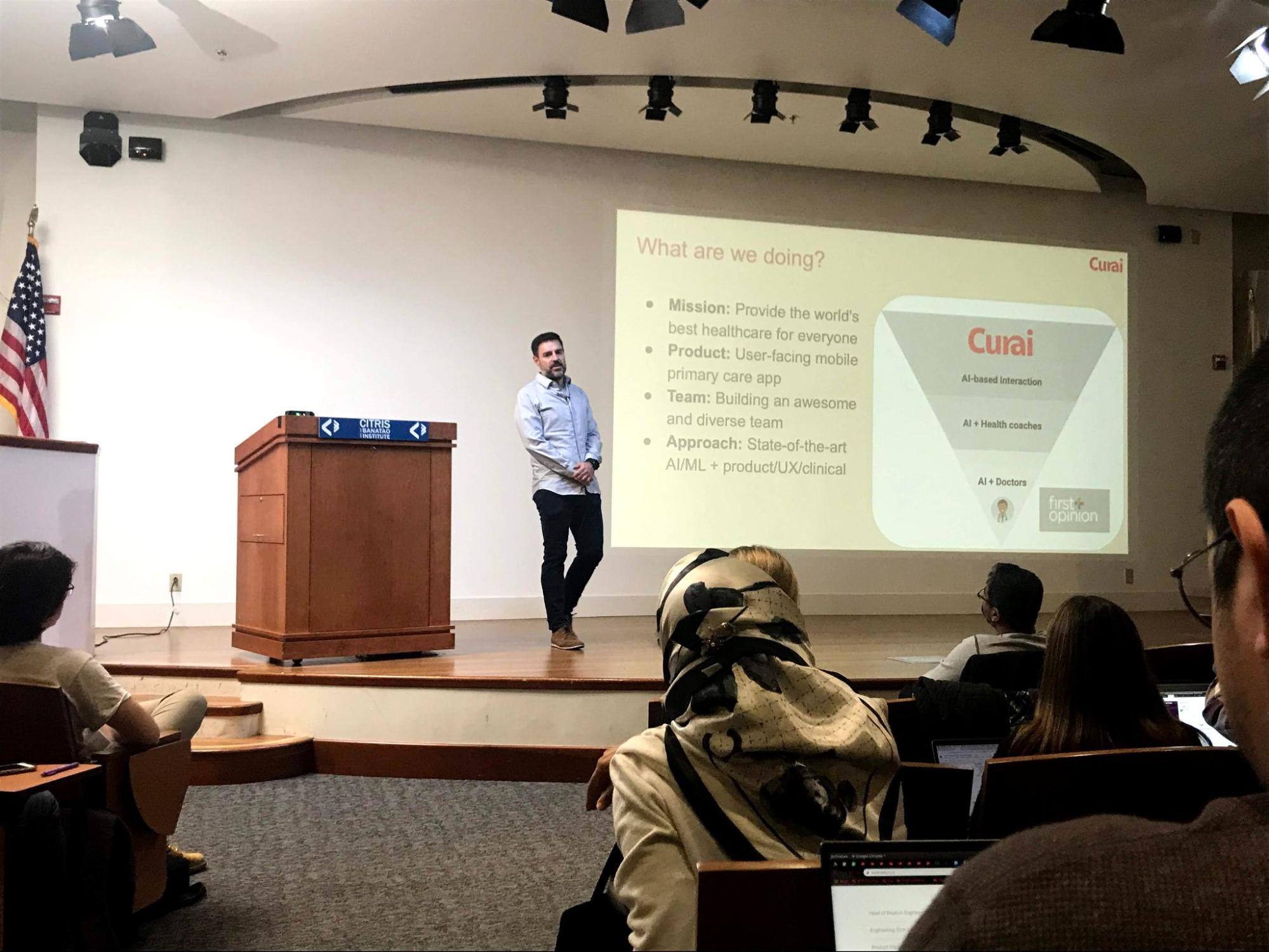 And while I feel very proud of the service, the technology, and the research, I even feel more proud of the people we have attracted at Curai and the culture we have managed to set across the company. Attracting talent across diverse disciplines like clinical operations, product, engineering, and ML research is no small feat. Striking the right balance between growing and pushing people to their best performance while being supportive and understanding, particularly during a pandemic and a move to fully remote, is not easy either. While we have made our fair share of mistakes (oh, yes, there were lots of them), I feel very proud of where I will leave the team and the culture. We grinded and delivered and had fun all the while (I fondly remember the talent shows, the many remote games we played, the group runs on the Bayland Loop Trail, and, of course, the Las Vegas offsite). 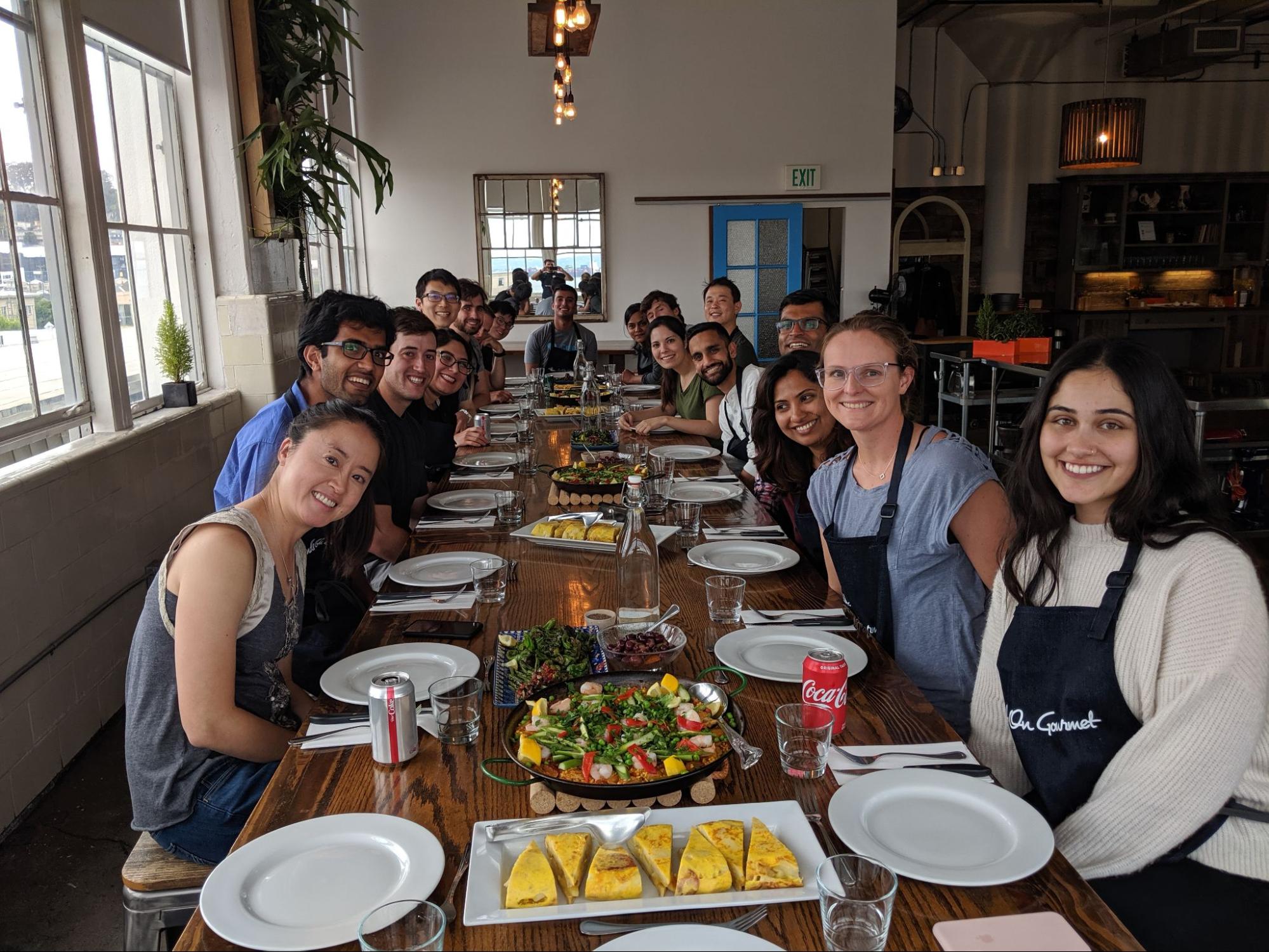 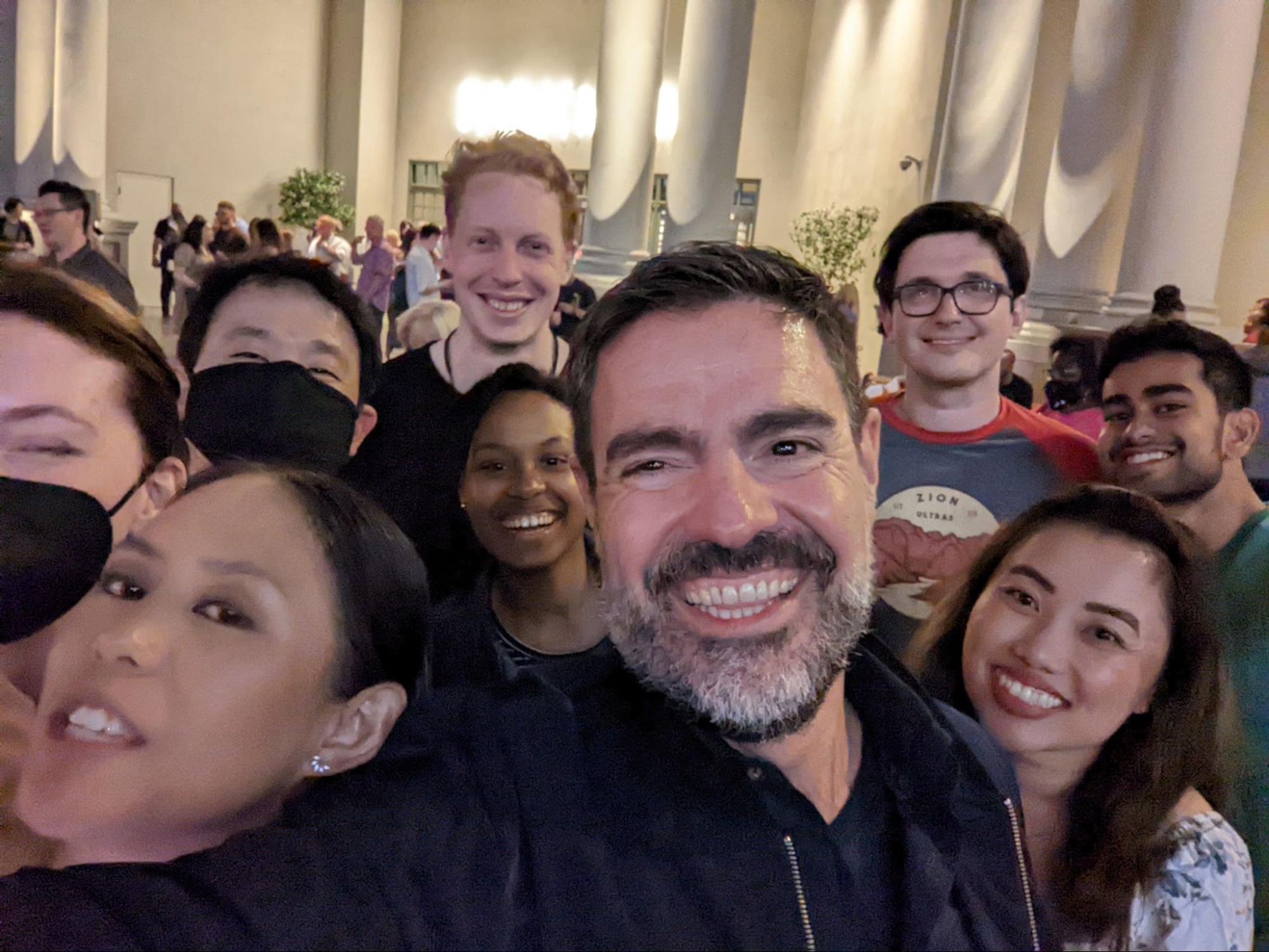 As a final fun fact, I started a “to-do” document on the first day of Curai. That document is simply a bullet list of stuff that I simply struck through and moved down to a “done” section as I went through them. As of this writing, the document is 145 pages long, and most (but not all) of the items are stricken through!

As I take this step back, I could not leave Curai in better hands. Neal has been a great partner, and is the perfect CEO for Curai given his deep understanding of everything from the technology to the healthcare business and industry. Meghan is an awesome CPO who leads not only the product, but also our operations team. She comes with an amazing healthcare product background and also with a great (Canadian) attitude. Similarly, Nicole, who joined more recently from Amazon, is the perfect Chief Business Officer. A lot of the upcoming commercial success Curai is going to have in the next few months is due to her talent and hard work. And Ally, who leads our People team, has been an incredible force behind our culture and operations. We wouldn’t be here without her and her team. There are so many others to include in the list of people to thank, but in an effort to be succinct, I want to at least mention some of the other very early folks that made Curai’s foundation so special; Jenae, who has been with us almost since the beginning, and has played an immense role in our success, Jen-Jen, another of those amazing minds who studied Data Science after becoming a Pediatrician and now leads our Clinical Product efforts, and there is Jack, who I hired as a Data Scientist coming from the Oil industry and now leads our Automation Product efforts. Also, as I am ramping down from Curai, we are just confirming Davis as our first ever full-time Chief Medical Officer. He will be leading our physician team and clinical innovation. He is taking the reins of a strong team that was built and led by our amazing Clinical Director Yvonne; together they will take our clinical operations to world-class status. I have known and followed Davis’ career for a long time, and I am convinced he is going to be hugely impactful at Curai.

You might have noticed even from the names and the backgrounds that there is a very high level of diversity in our executive team, and that is another aspect I am very proud of. Over 60% of Curai employees are women, and that number is also over 40% in my Technology department.

As we looked at who would take my place in this new chapter for Curai, it was clear to us that we had enough internal talent to fill open positions from within the company. Viggy, who as I mentioned has been building the tech since day one, will lead engineering; and Anitha, who has been not only “the brain” but also the one putting the work behind most of our AI and ML, will be leading the ML team. I am 100% positive that they are ready for this next challenge, and they will take our Curai technology to the next level.

So, as I move on to my next chapter for personal reasons, I could not be more thankful for the opportunity to be part of Curai’s history. I am bullish on what is to come for the company, and I am committed to continue helping from the sidelines as an advisor and member of the board of directors. I will also be cheering the many successes that are to come very soon and will continue to recommend Curai to everyone I know! 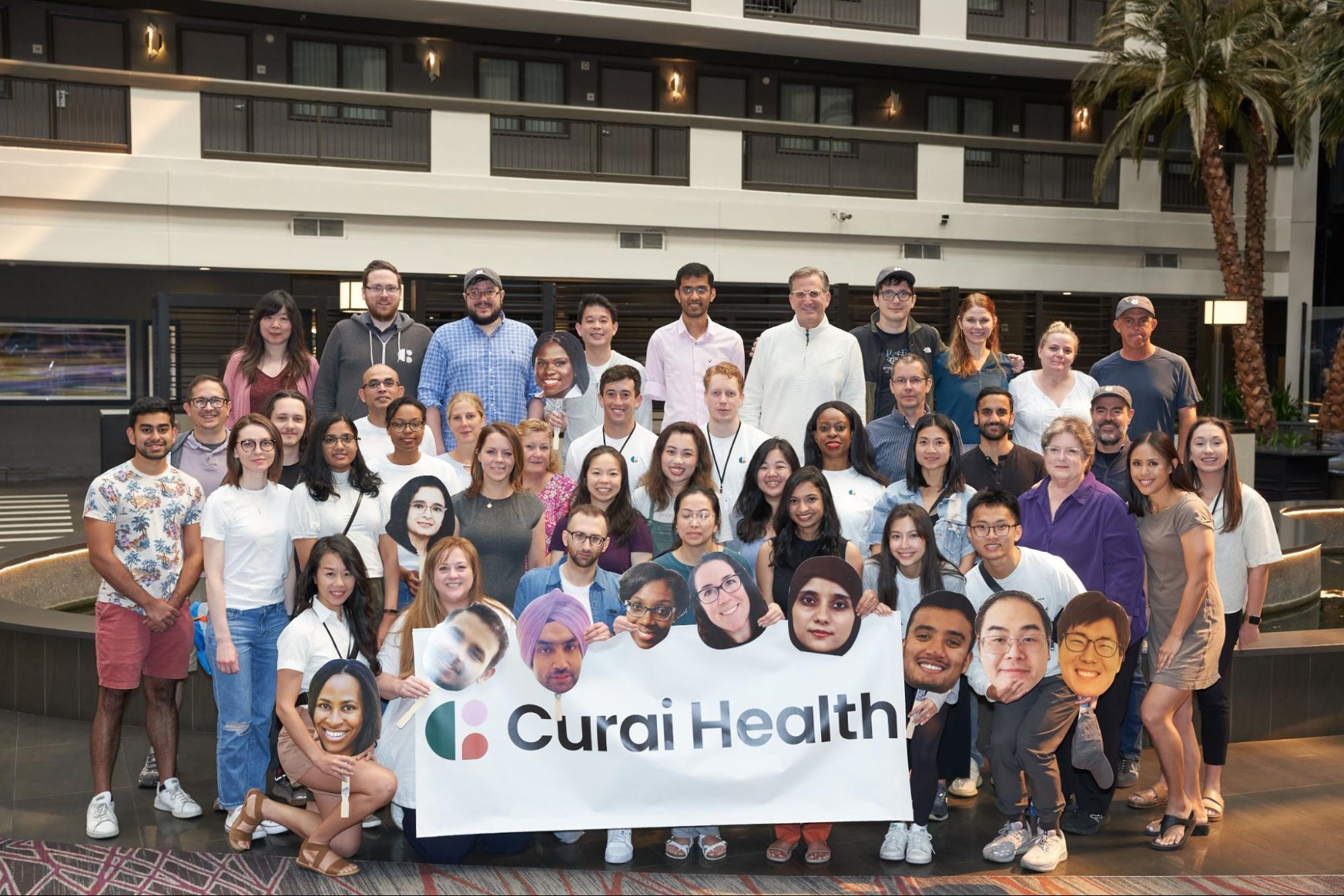